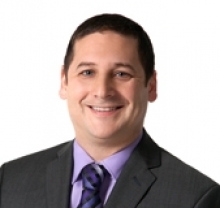 “We run the law firm as a tight ship, and I make sure the ship runs smoothly and the crew is happy.”

Merwan joined Hassan Law in 2008 as the firm’s operations manager.  In his multi-tasking role, Merwan is the go-to-person for any and everything office-related. His education includes a Certificate in Business from the University of Guelph and bookkeeping at Fanshawe College. Merwan’s acquired skills in Business Management include, Staff Management, Marketing, Accounting and Financial Management.

Merwan ensures the office technology is running properly to serve the staff. If there’s a problem, he’s the problem-solver.

Merwan was previously employed as office manager with Hassan Law Offices in 1995. He moved to Vancouver in 1999 to explore a career in music as a drummer, a sideline he enjoys today. While on the coast, Merwan also developed his skills as a martial artist, and ultimately received his black belt from International Martial Arts Academy and The Sport Kickboxing Federation in 2008. He began teaching mixed martial arts in 2005.